In this world of instant gratification, an author has to be flexible. Like all the writers have discussed this month, there is a moment you might have to realize you need to change things up. When looking for a series that I could get out there quickly, I decided to think about the women of today.

Many are commuters that are looking for a quick, fast read. Many would like something that they can read in one sitting and not worry about continuing the ebook later or maybe not at all if they didn’t like it so much. As a writer, this opens up some new opportunities that didn’t exist a few years ago.

One of those new opportunities is short stories. Now everyone knows what they are but few know how to write them. For some reason, I have a fairly good knack at writing them outside of the romance genre, so why wasn’t I trying them there?

Some people have the wrong idea about short stories, thinking that they can write them quickly and that they will be just as good as anything they’ve written. That isn’t necessarily so as a short story has to adhere to all the normal conventions of writing a longer work. It still has to have a great hook, a wonderful middle and a kick-ass ending.

Some of them have conflict, some have mystery and all of them have great characters. However, there are very few of them that belong in a series where each story is connected. Sure, authors will write a short story about a world they already own but very few will start a short story series meant for a specific market. That’s what I’m doing with a current work-in-progress that will be revealed here next month or two.

It is my hope that these stories will fulfill a niche that is normally seen as a venue only in a magazine. With Amazon’s short digital works, I say the time of the short story has arrived. And there will be many, many happy women readers devouring what we’re writing.

What do you think? Would you be willing to pick up a short read if it were part of a series? I’d be happy to hear from you. Until next time…

This weekend marks the start of summer. ‘Tis the season of weddings (I’m sitting in the airport, on my way to Oklahoma for my nephew’s wedding, as I type this), vacations, no arguments with the kid about homework, warm and lazy afternoons spent reading by the neighborhood pool, firefly chasing, evenings on the patio drinking sangria with friends, and, hopefully, lots of writing as well. 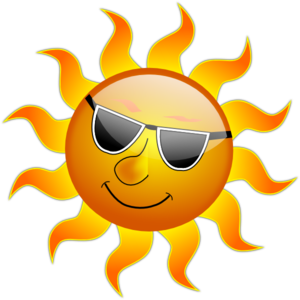 Summer is also the season of writing conferences. I went to one a few weeks ago, hosted by my local Northeast Ohio RWA chapter. It was fun, informative, a bit exhausting. I consider it preparation for my first trip to the RWA National conference in July, which will, I expect, be like the NEORWA conference on steroids. Lots of steroids. I honestly can’t wait.

Because I’m too tired to keep writing–I had one of those nights where you wake up every 20 minutes because you’re neurotic about oversleeping–I will ask you: What’s your favorite part of summer? What are you most looking forward to this year? And if you’ve been to RWA Nationals, feel free to share some tips!

Writers have a number of commandments. Fundamental truths that apply to any type of writing genre or medium. The commandment I’m going to talk about today is this: a good beginning is imperative to the success of your story.

Does that seem a bit too obvious? Maybe so, but that doesn’t make it any less true. If the story does not capture a reader within the first couple of pages (some say the first couple of paragraphs) they will put the book back on the shelf in the library or bookstore. Now that digital sample chapters are one-click away for readers, this truth is even more the case. The beginning needs to draw the reader in.

But hand-in-hand with the whole ‘good beginning’ mantra is another truth: beginnings are very hard to write. Well that doesn’t seem fair now, does it? So how about if we delve into some of the reasons why beginnings are hard to write. Because when we understand the why, we can then learn how to fix it.

What I find often happens is that as the story progresses and the characters come alive on the pages, the beginning no longer fits with the rest of tale. Don’t be afraid to go back and rework those first scenes so that they are now in line with where your story has evolved. Any way to make those pages memorable means that you have a better chance of a reader NOT putting your book down until they read ‘the end’. And that’s every writer’s wish. Another commandment, if you will.

AE Jones’ newest release is a box set of two novellas from her Mind Sweeper series:

The Fledgling – A Novella

Vampire Jean Luc Delacroix has been alive for nearly four hundred years. Alive, but not really living. This changes when he meets newly turned vampire, Talia. Feisty and beautiful, Talia is the first female Jean Luc has been attracted to in centuries. But when he finds out she is also a bounty hunter who is interfering with his investigation of a supernatural serial killer, he pushes her away for her and his own good.

Bitten and thrust into the supernatural world against her will, Talia wants nothing more than to do her job. She doesn’t have time to deal with an overbearing, ridiculously sexy vampire. But Jean Luc and Talia butt heads on their single-minded crusade to stop a murderer. And unless they can set aside their troubled pasts and learn to trust each other, they may never have an opportunity to explore their true feelings. Especially when they face off with the killer.

The Pursuit – A Novella

Thirty years after their initial meeting, Jean Luc Delacroix and Talia Walker once again cross paths. After seeing Talia again, Jean Luc’s feelings reignite. This time he will do whatever it takes to make her a permanent part of his life. Talia learned everything she knows about love—and about being a vampire—from Jean Luc. And when she comes face to face with Jean Luc again, she wonders if her continued independence is as important as being with the vampire she still loves.

Before either can acknowledge their feelings, they are embroiled in a deadly case of a vampire draining humans. In the midst of an investigation that threatens the very foundation of the vampire nation, can Jean Luc and Talia finally find the courage to follow their hearts? Or will the killer destroy them first?

Today, instead of telling you something new about me, I want to learn more about YOU. Below are some simple questions to help us get to know each other better. I’ll post my answers in the comments too. I can’t wait to read yours.

3. Are you an only, oldest, middle, or youngest child?

5. Do you prefer a paperback or ebook?

6. What was the last text message you sent?

7. Would you rather be too hot or too cold?

8. What’s the first concert you ever attended?

9. Where do you spend most of your time online?

Please answer in the comments.

Also, I wanted to let you know that my novella, The Art of Falling, is currently FREE!